The history of the table olive just became 4000 years older 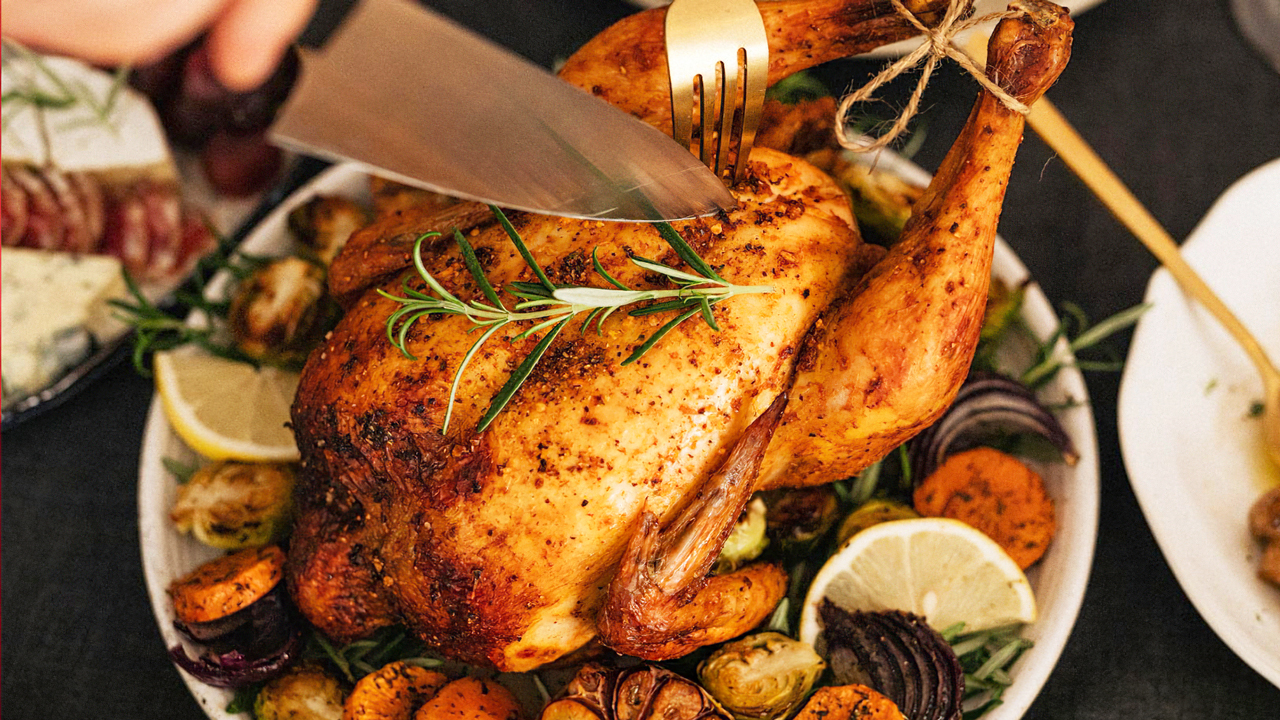 This is a recipe that requires a bit of effort, and a lot of eagerness to please so that you can appreciate the time you will put into it. Your investment is really going to pay off not so much when you serve the dish as when everyone starts biting into it and humming with satisfaction. The skin is crispy, the meat is juicy and the aroma and taste will be nothing like anyone has tried before.

Ask your butcher to give you a very large chicken with as much of its skin intact as possible. Pat it dry with kitchen paper. Season it both on the outside and the inside with coarse sea salt. Set aside to rest so that the salt can be infused by the meat.

Cut all the stuffed olives in half with care, making sure that you cut the stuffing as well. Cut the chicken livers in small pieces. Zest the orange and lemon. Chop the onion finely and add it to a pan with the pine corns and some extra virgin olive oil on medium to high heat. Stir occasionally until the onion is glazed brown. Add the minced beef and the cut chicken livers. Stir the meats at intervals so that they are perfectly seared. Add the orange and lemon zest. Lower the heat to medium. Add the rice, the cut stuffed olives, a few all-spice berries and black pepper corns, and turn everything in the pan for a few minutes. Add some chicken stock in small amounts, allowing the mixture to absorb it before adding more. Stop adding stock when the rice is half-cooked. Take the stuffing off the heat in order to cool slightly.

Preparing the butter and olive baste

Squeeze the 4 Kalamata pitted olives with a fork until they become a paste. Work the olive paste into the room-temperature butter until both are mixed perfectly.

Try gently to lift the skin off the meat of the chicken in as many places you can. Take the butter and olive baste with two fingers and massage the chicken meat under the skin.

Stuffing and coating the chicken

With a large spoon, start filling the chicken with the stuffing. Press each batch as deep as you can to try and fill as much of the stuffing as possible. Cut the zested orange in half and use one half to block the chicken opening, pressing against the stuffing. Tie the ends of the drumsticks tightly together to seal the opening as much as possible. Rest the stuffed chicken on its back in a roasting pan. Cover the chicken skin as much as you can with the strips of bacon. Sprinkle some paprika and dried herbs on the bacon. Juice the zested lemon and half remaining orange and add the juices to the roasting pan together with some chicken stock.

Heat the oven to 1750 C / 3500 F. Roast the chicken for about 2 hours. Every now and then, check to see that there are still juices in the roasting pan, otherwise add a little chicken stock. When you see that the chicken is done, take it out of the oven and very gently remove the bacon strips, adding them to the juices of the pan. Return the chicken to the oven and set it to the grill for a VERY SHORT TIME until the skin of the chicken turns a golden brown color.

Serve your Olive-flavored Holiday Stuffed Chicken with roasted potatoes, vegetables, or any other accompaniments you prefer. Anyone who thought they were going to have just another stuffed chicken will change their mind with the first bite!

This website uses cookies so that we can provide you with the best user experience possible. Cookie information is stored in your browser and performs functions such as recognising you when you return to our website and helping our team to understand which sections of the website you find most interesting and useful.

Strictly Necessary Cookie should be enabled at all times so that we can save your preferences for cookie settings.

If you disable this cookie, we will not be able to save your preferences. This means that every time you visit this website you will need to enable or disable cookies again.